Find us on Google maps! 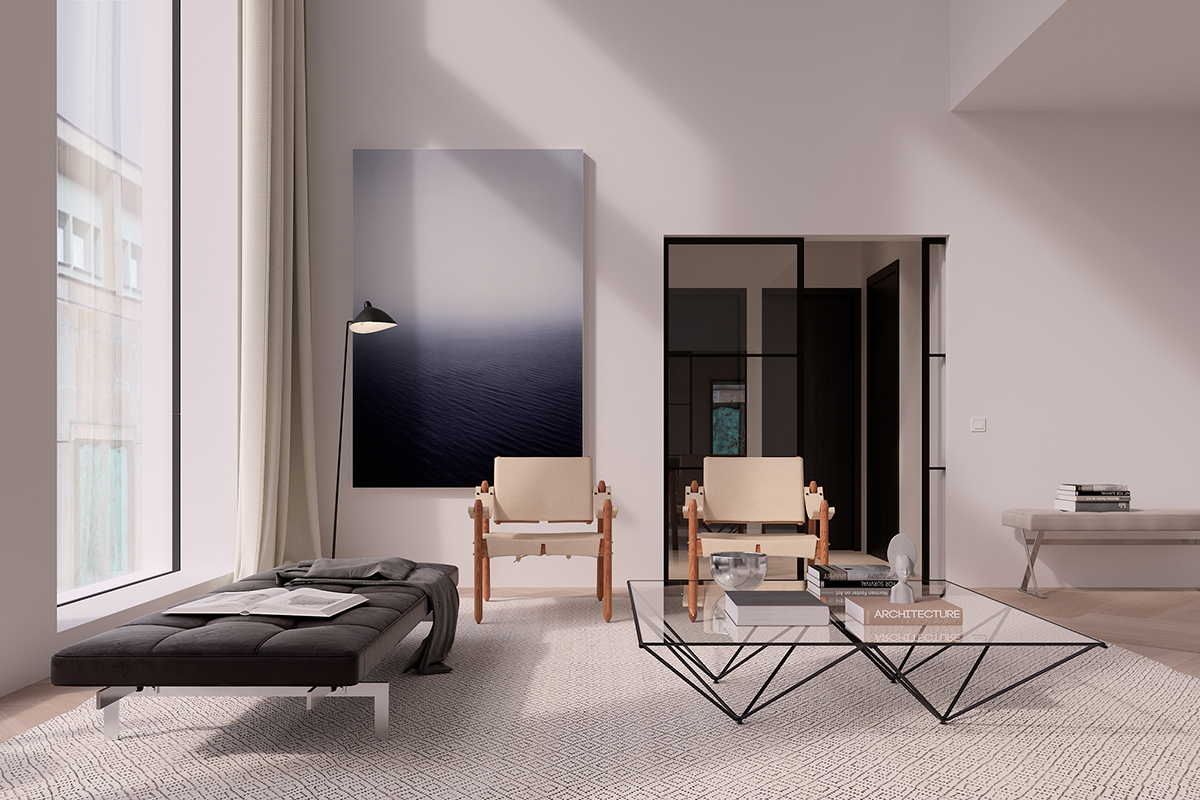 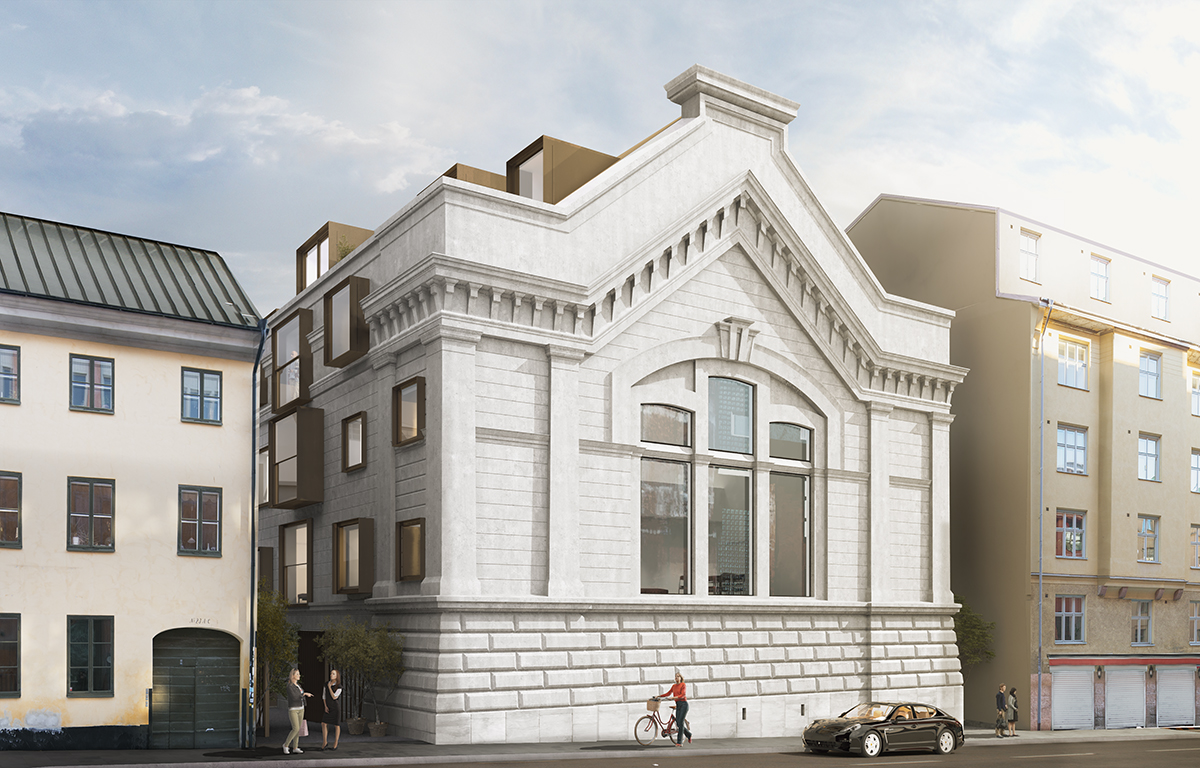 The hamam and the sixteen condominiums on Östgötagatan in Stockholm have actually sprung from a ruin. In 2003, the gym at Sweden’s oldest existing school, Katarina Södra Skola, was razed by fire. The exterior walls remained. They played an important role in the design process, and it was seen as essential not to exceed the original building volume. It was a requirement that the gables, with their large windows and characteristic decorations, remain intact. The side walls could be approached more freely; they were renovated in the 1930s and over the years, they have been structurally altered several times.

To communicate the new content, the design strikes a contrast to the classic and symmetrical design of the original building. The gables are demolished to make room for two open yard spaces and highlight the building as a singular structure in the area. A new, asymmetrical design with windows in different sizes that jut out to varying degrees was added to the side walls and carried through on the roof in the dormer windows.

The asymmetrical approach is repeated in the hamam, which is located on the ground floor with entrance from one of the yards. The hamam is constructed as a series of different rooms that seem to link up randomly. The actual hamam space is the biggest and most prominent room.

Entrance to the sixteen flats is from the other yard. The flats vary in size from 50 to 200 square metres. The biggest are two storeys and incorporate the large gable windows. 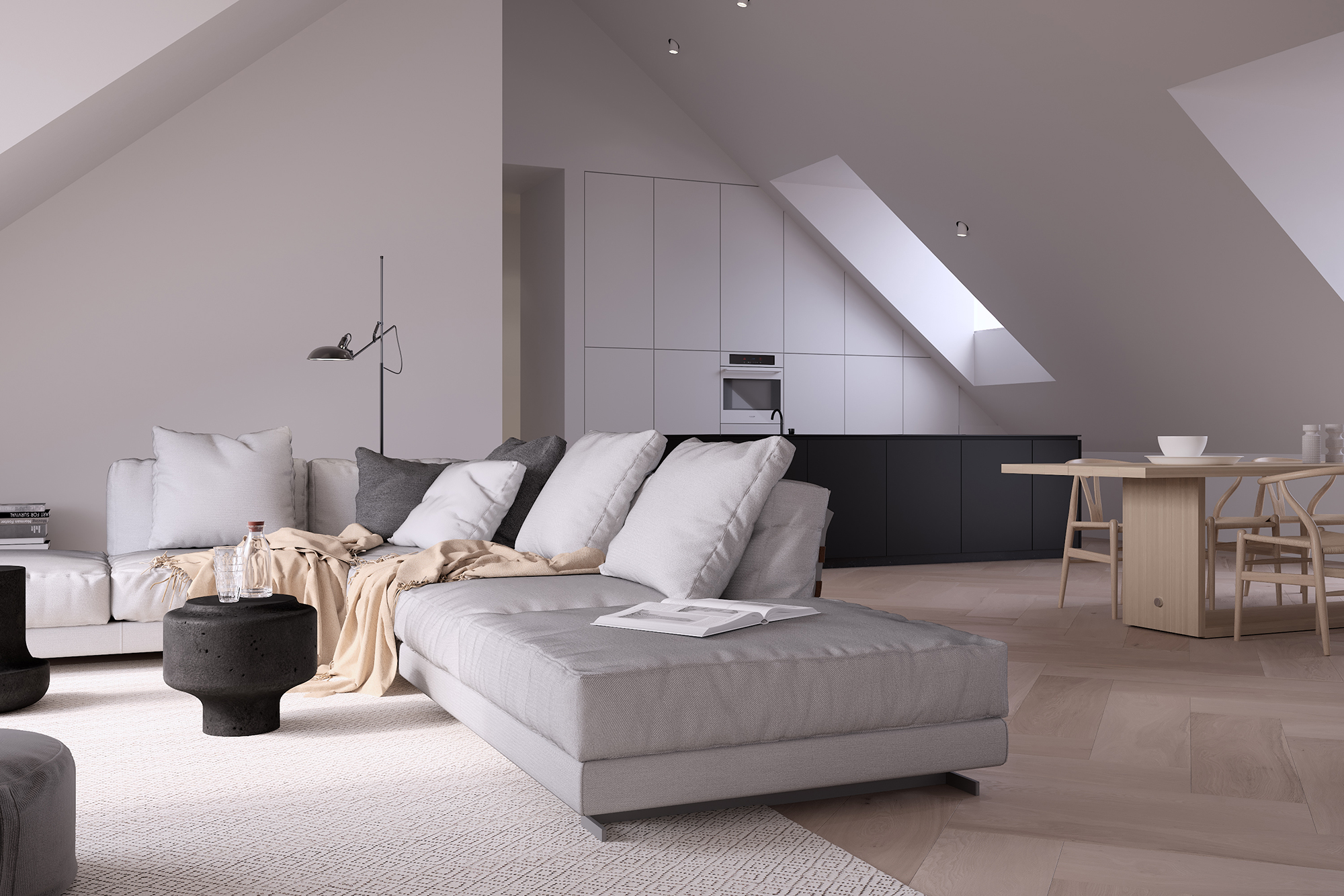 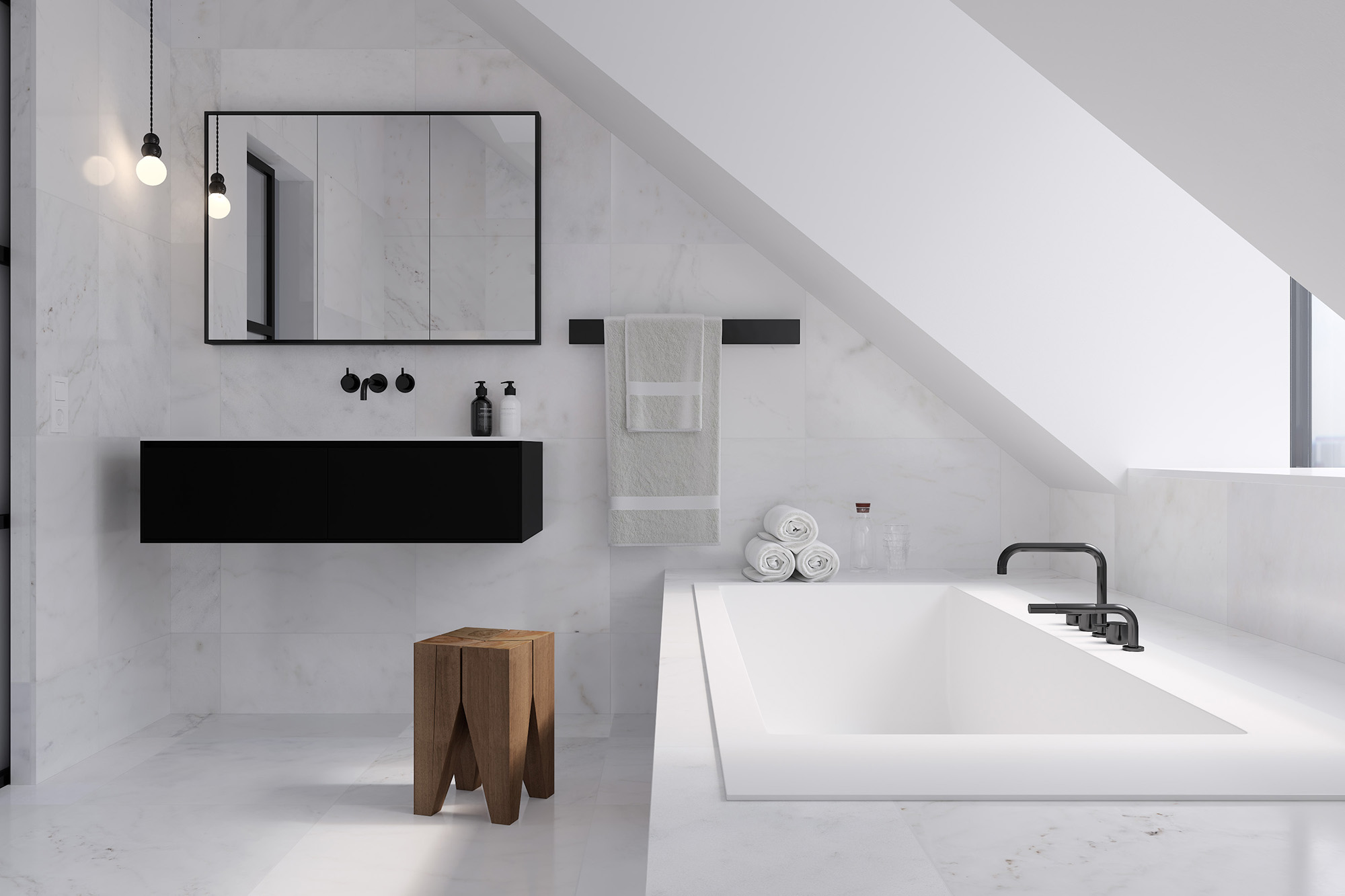 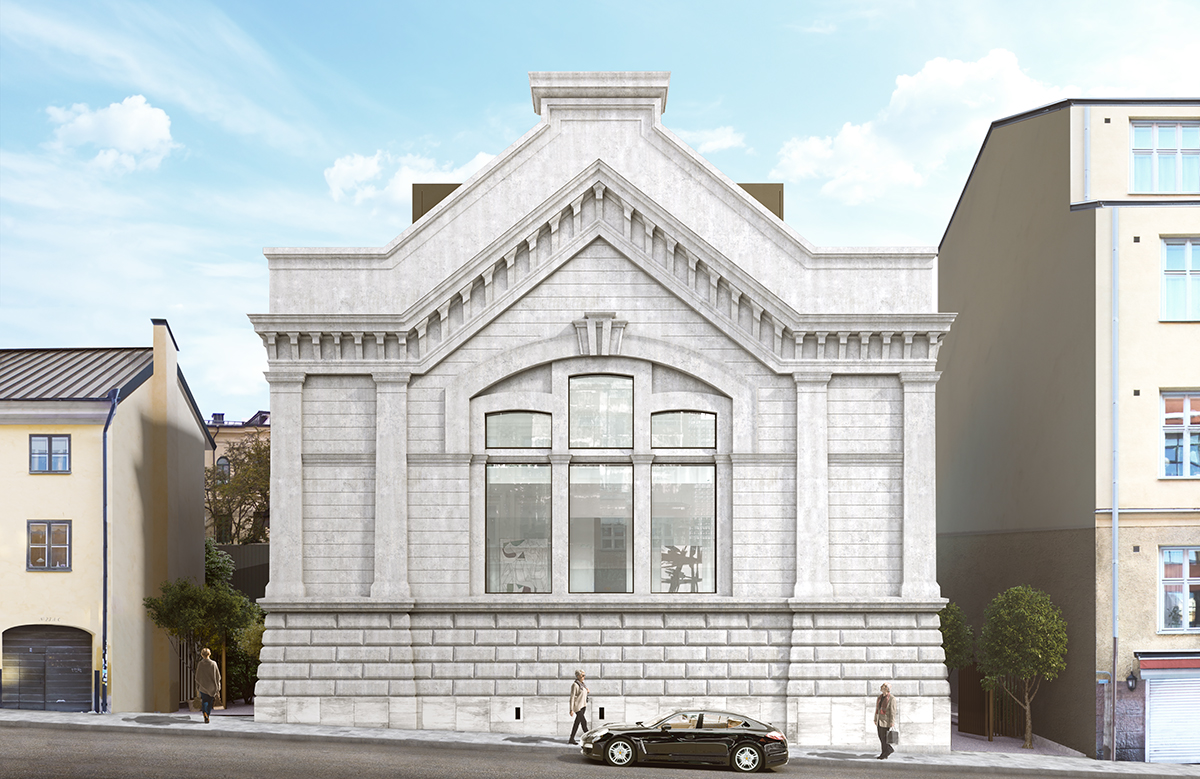 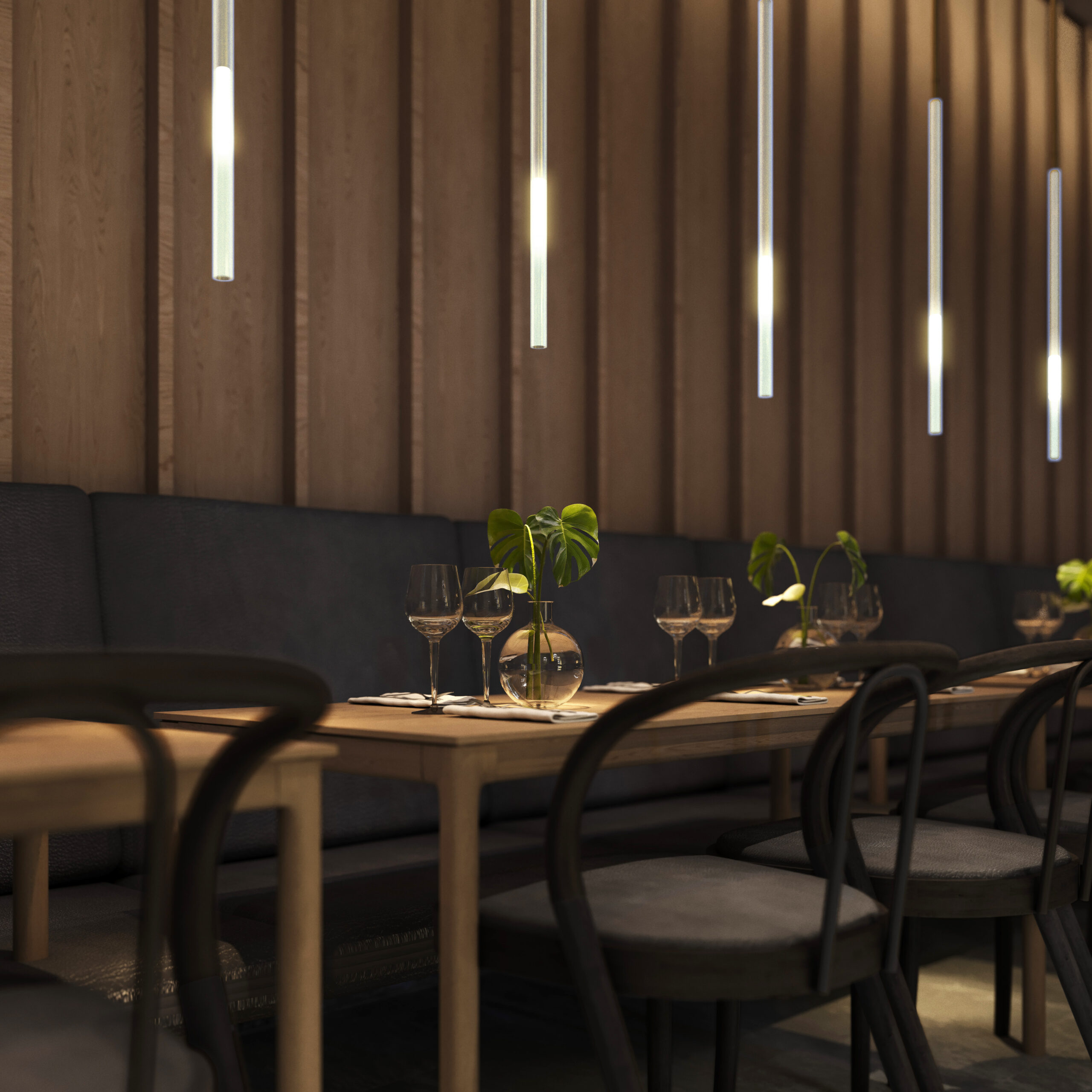 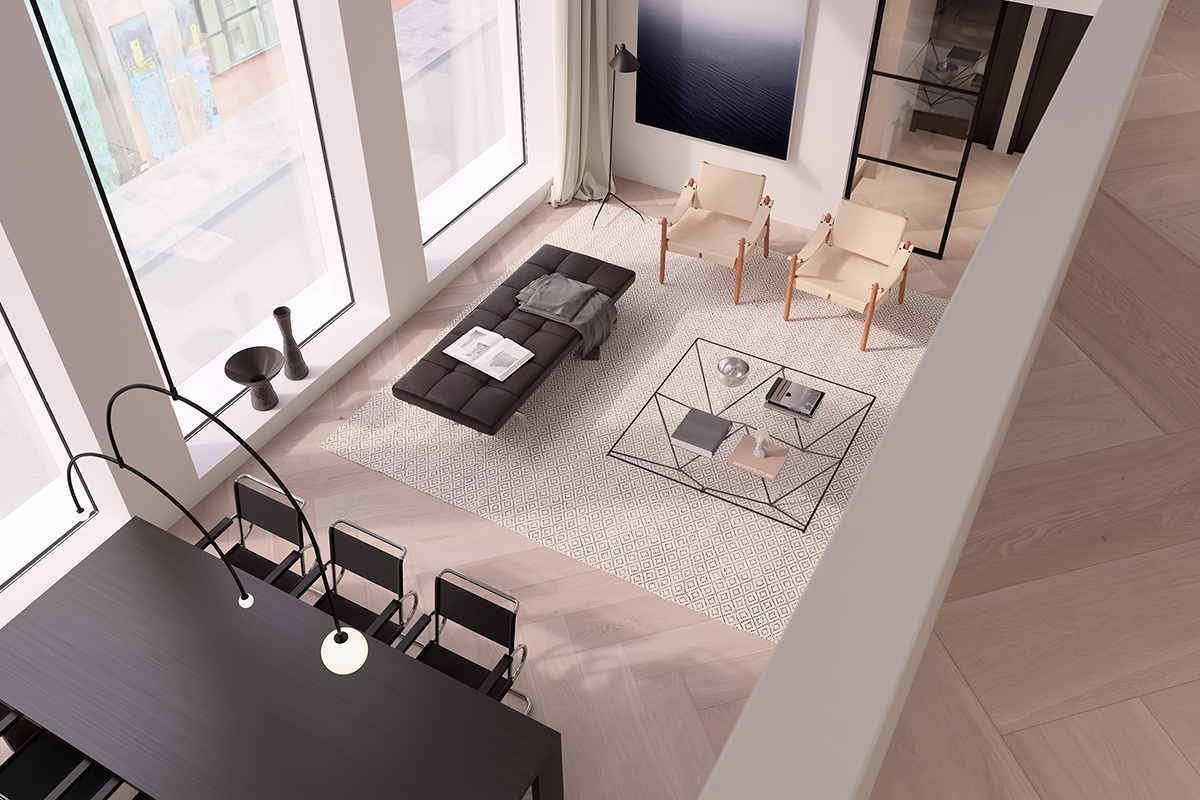 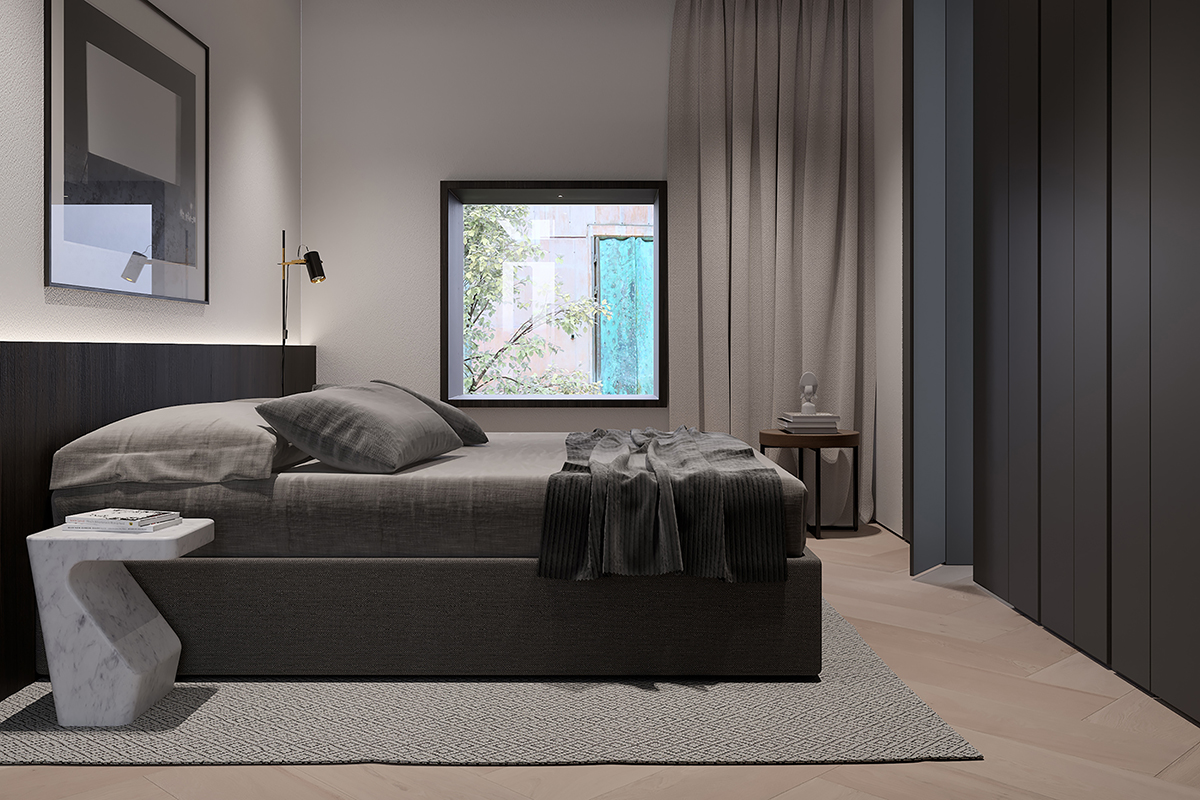 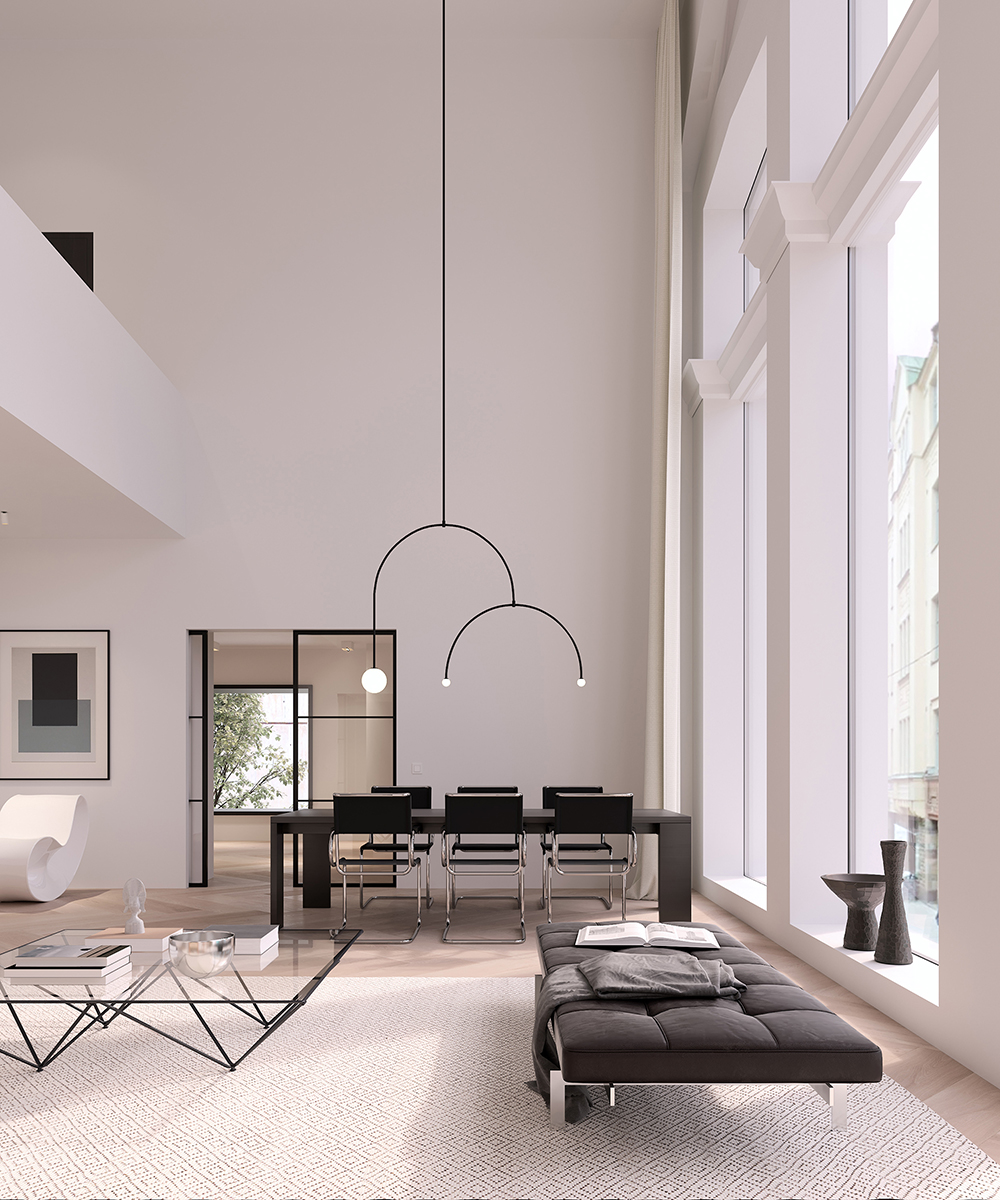 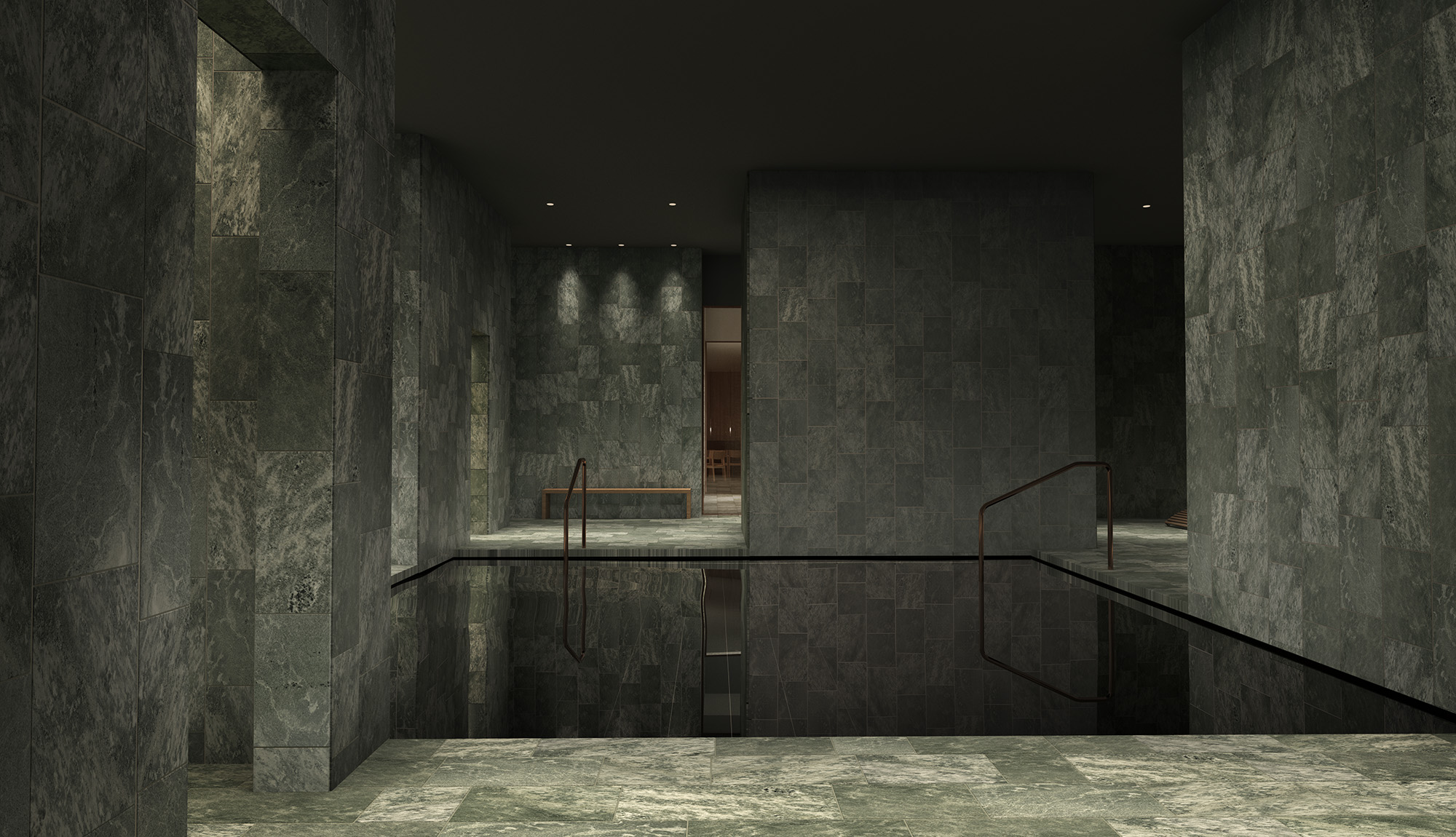 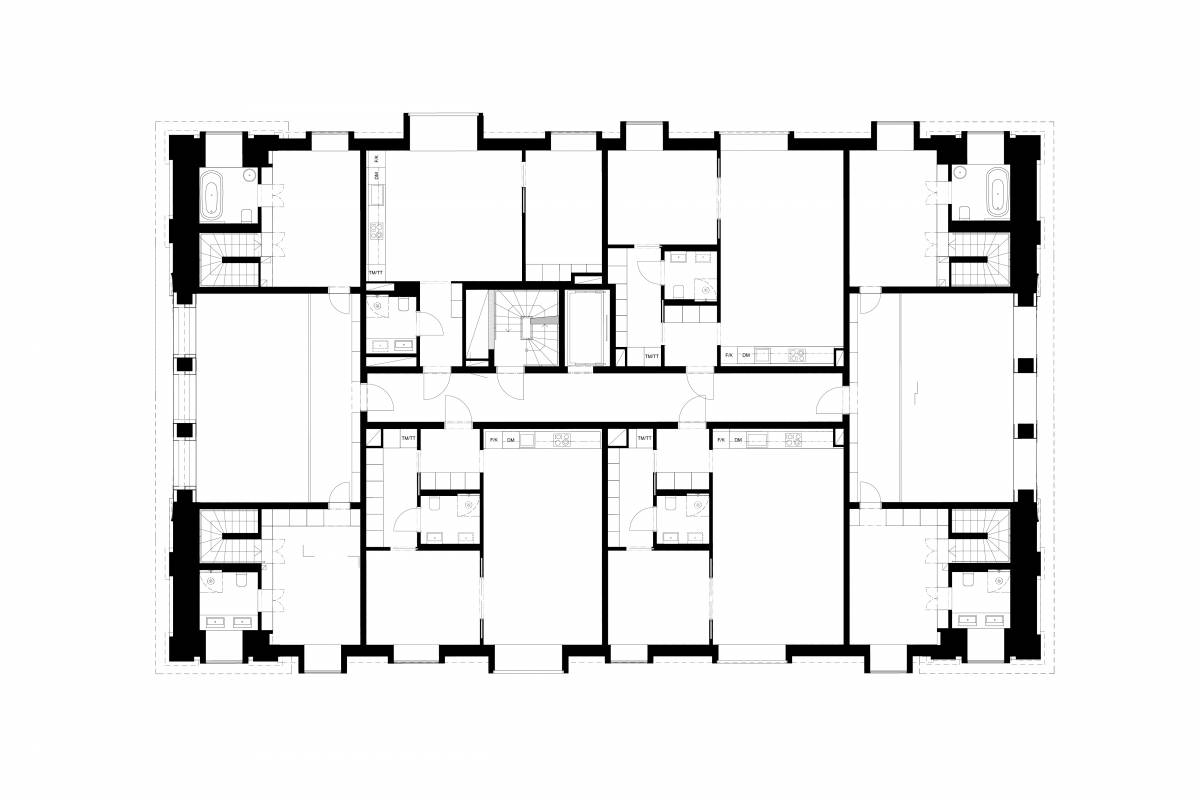 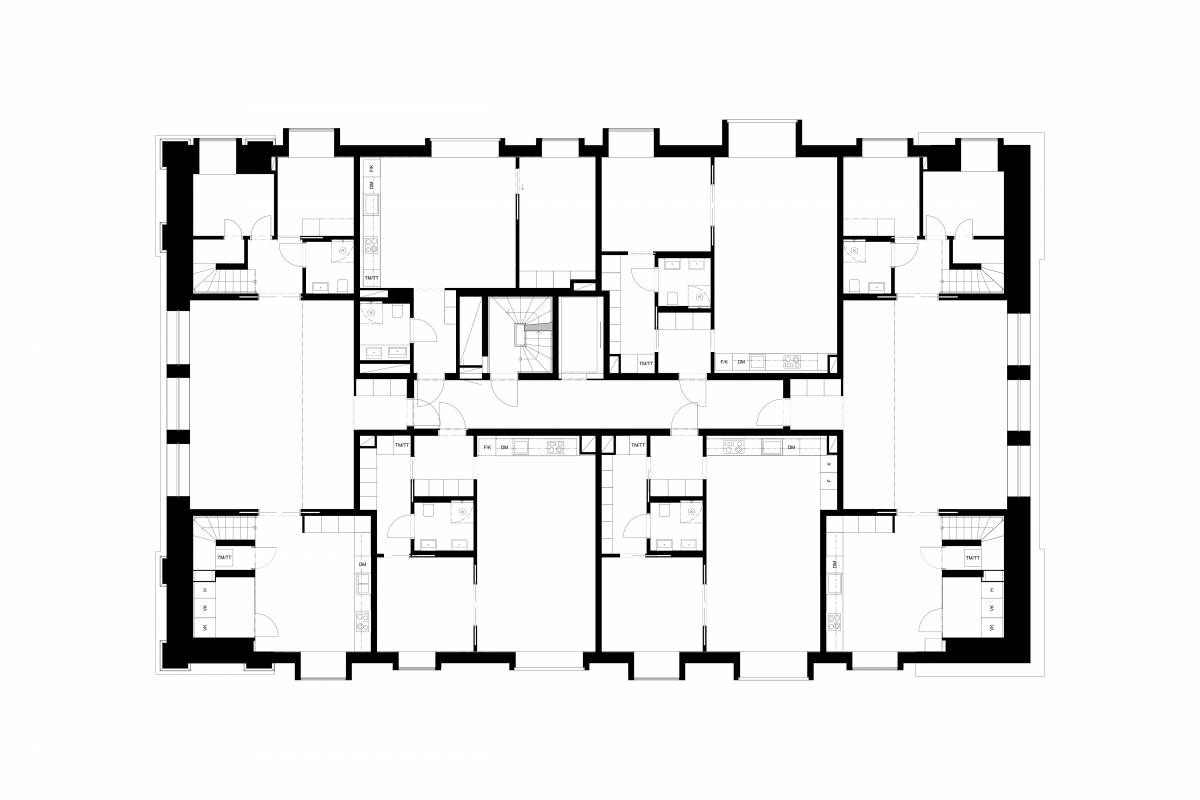 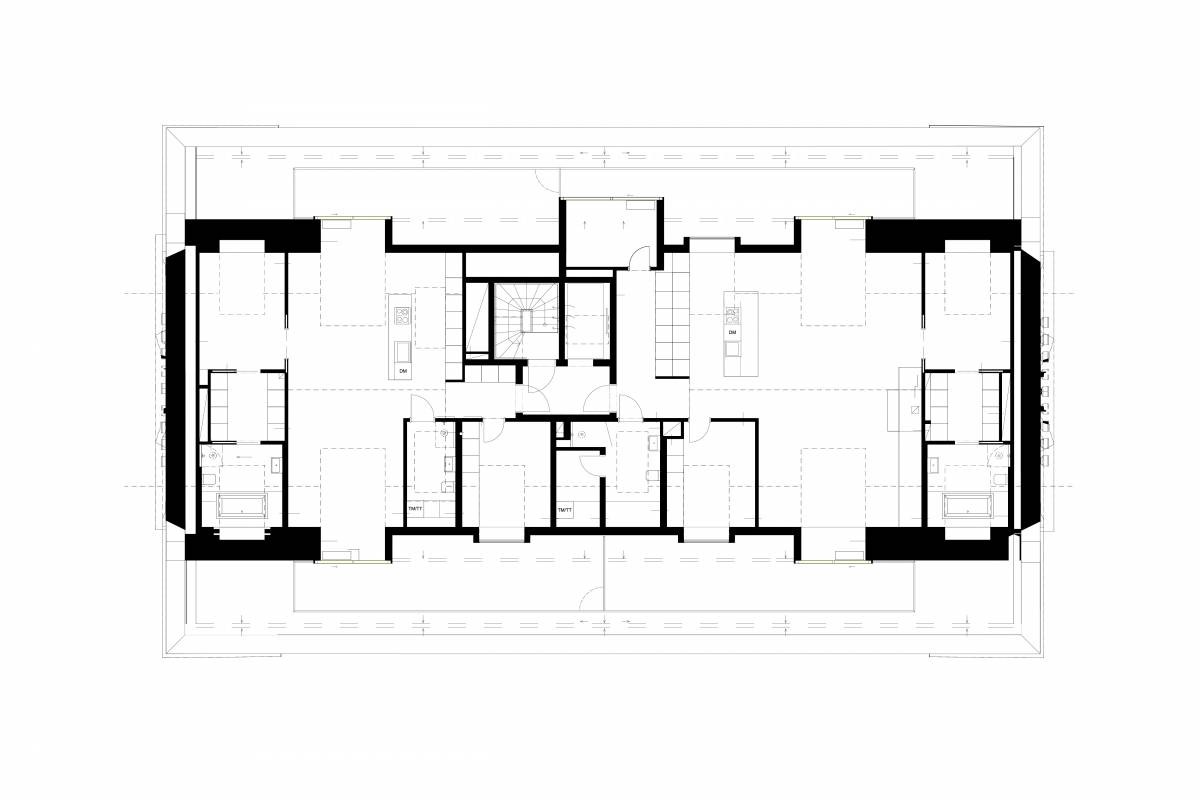